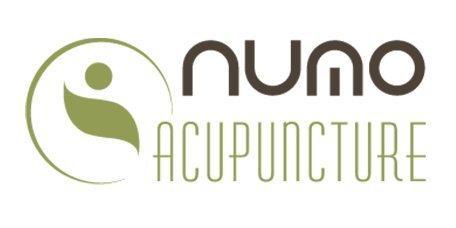 ReiQi (Reiki & Chi Nei Tsang) is an energy bodywork modality that integrates the treatments of Reiki and Chi Nei Tsang to release energy (Qi) stagnation resulting from physical and/or emotional traumas. Reiki views everything in the universe as energy and humans in particular as energy with consciousness. Chi Nei Tsang specifically works to clear out energy blockages stored in the abdomen. Whereas Reiki works to restore balance and vitality. A ReiQi session typically takes an hour with approximately 40 minutes of applied pressure and vibrations to the abdominal acupressure points and 20 minutes of Qi restoration through the head region. The session completes with centering on the breath.

Jaeve (J.S. Luuhoang) began sensing energies in her teen years but did not know how to work with Qi until she started practicing Vipassana meditation and training in energy bodywork during her thirties, which included Yoga, Traditional Thai and Javanese Massage, Vietnamese Facial Reflexology, Reiki, and Chi Nei Tsang. After years of practice and training in the US and Southeast Asia, she spontaneously realized that the body’s innate ability to heal comes from connecting its life force (Qi) and its subconsciousness. Jaeve first incorporated all these modalities to successfully treat a family member for a difficult case of chronic insomnia. This inspired Jaeve to deepen her Qi cultivation and healing ability.

All matter is energy and energy is infinite without a beginning or end. Humans are capable of cultivating healing energy by generating wholesome intention and focused attention. When the body is in a state of perfect rest it automatically works on repairing, restoring, and returning to its most integral state.

The abdomen contains the “well” (or cosmos) of energy. It is where almost all the vital organs reside. When these organs work with integrity an individual experiences optimal wellness in the body, mind, and spirit. Problems occur when one experiences a physical and/or emotional trauma leading to energetic (or psychic) scars, which can impede Qi flow or blood circulation. They can show up as physical ailments such as insomnia, constipation, respiratory difficulty, and sometimes impotence and infertility. On an emotional level, the issue can manifest as a sense of inadequacy, unworthiness, and/or restlessness. If left unattended, then the scars harden and the problems can manifest as chronic diseases and long-term mental issues from obstruction of the person’s vitality.

In a ReiQi session, the client is tasked to generate a wholesome intention. A wholesome intention is a wish to manifest into the physical realm that touches their life, moves them into action for the world, and/or inspires aliveness in their heart. This intention helps guide the practitioner in directing Qi to the areas needing restoring, regeneration, and rejuvenation. Using focused attention, the practitioner targets specific acupressure points, sometimes with vibrating movements and/or specific sound frequencies, on the belly corresponding to the organ’s Qi channels.

Once stagnation is cleared from the abdominal areas, the practitioner replenishes it with universal healing Qi drawn through the cranial area. Often, the client feels deep relaxation; sometimes, they fall asleep or see colorful images that trigger some past stories. The client may also release stale Qi that has been locked deep within their abdomen.

When Qi flows naturally and rhythmically between the abdomen and the crown, the essence of life is synced with the cosmic beats; therefore, ReiQi works to re-establish these connections within oneselves and towards all life. May all beings be happy and free of suffering.

ReiQi can be used to restore: